London Airport: 1960s to 1970s DVD
Remember where it all began? On the roof terrace at a major airport; noisy, exciting, full of variety and interest. You may have started a lifelong passion for aviation at that moment, but today?s airliners don?t really match up to those early days, do they? Now we can take you back in time, with the help of some enthusiasts? cine film, that has been digitally restored and matched to authentic sound. This production hasn?t been made by filming a flickering projection screen. With a specialist ?Telecine? conversion process, also used by the BBC and by ITV, we can digitally transfer pictures direct from the film on to digital video tape. These can then be enhanced and edited as necessary. We start in the 1960s with Viscounts and 707s everywhere, alongside Caravelles, DC8s, Britannias, DC7s, Comets and TU104s. The earliest shot appears to be in 1963, with more from 1964. Highlights include BEA Herald, Lufthansa C46, Ghana, Swissair and MEA CV990s, the crashed TCA DC8, Aer Lingus Carvair, CSA and CPA Britannias, British Eagle and UAA DC6s. Alitalia, Dan Air and BOAC DC7s, UAA Caravelle. The 1970s begin with early 747s, DC10s and Tristars. We?ve still got some 707s and increasing numbers of DC8Fs, plus Concorde and the last days of the Tridents. Highlights include Pan Am DC10 & 737, Northeast Trident, Merpati Vanguard, National 747, Libyan 727, SAA 747SP. Overall the variety is amazing. Let?s just list the 707s: BOAC, PanAm, TWA, Air France, Lufthansa, TMA, MEA, Air Malta, El Al, PIA, Kuwait, Olympic, SAA, TAP, QANTAS, Montana [Austrian], Kenya, Air Mauritius, US Govt. So, why not relive those memories today? 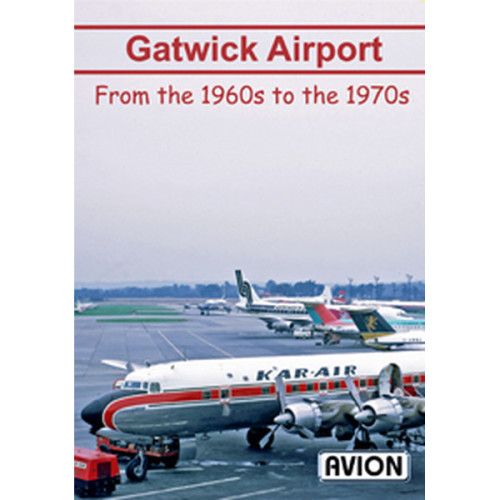